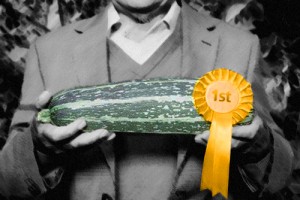 The Flower and Produce Show on the 6th October organised by Sutton Gardening Club was a fun day for everyone, including the keenest of exhibitors. People from all corners of the village, and some from nearby villages, participated one way or another. The show looked magnificent in St Bartholomew’s Church which made a wonderful backdrop for the produce, and an intimate space to mingle with old and new friends & acquaintances.

There were 114 exhibits of which 29 were from children, mainly but not exclusively from Sutton CoE Primary School, which resulted in an array of over 50 jam tarts! Photography was the most popular of the 12 adult categories with 17 exhibitors. Apple tarts were fantastic to behold, and the autumn arrangements were impressive.

Paul Cody won first prize in three categories, so let us give him a real run for his money at next years’ show. Feedback about the show has been very good and the main aim, to have a fun competition, was fully realised – so join in next year and don’t worry if your carrots are not as good as usual, enter them anyway!

A big thank you to everyone involved – competitors, judges, visitors, marshals and other volunteers – with a special mention to the church and its band of enthusiastic helpers who worked so hard, and to our village primary school who were responsible for so many children’s entries and two first prizes. Thanks also for raffle donations and to the Village Hall for providing the tables.

Did you see the photograph of the prize winners in the Retford Times? You can see a few images of the day in the online galleries here.