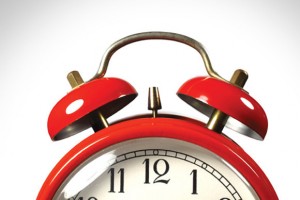 Just a reminder that the clocks will go back by an hour at 2:00am on Sunday 30th October.

On Sunday, 30th October at 2:00am, the UK will revert to Greenwich Mean Time (GMT) by going back one hour, to 1:00am. This marks the official end of British Summer Time. A clever way to remember the hour-change rule is “Spring forward, Fall back”. Easy!

By then, Britain and Germany had been fighting each other in the First World War (1914-18), and a system that could take pressure off the economy was worth trying.

Back then, the hands on many of the clocks could not be turned back without breaking the mechanism.

Instead, owners had to put the clock forward by 11 hours when Summer Time came to an end on October 1st 1916.

Supporters of the proposal argued that such a scheme could reduce domestic coal consumption and increase the supplies available for manufacturing and the war effort during the First World War.

Willett, who died at his home near Bromley in Kent,  is commemorated for his efforts by a memorial sundial in nearby Petts Wood, set permanently to Daylight Saving Time.

The Daylight Inn in Petts Wood is named in his honour, and there’s a road there called Willett Way.

When will the infernal darkness end…?

We won’t see lighter nights again until Sunday 26th March 2023, when the clocks will wind forward again at 1:00am, and British Summer Time begins.

Don’t forget, if you have any event or item of interest for the village, just email it to webmaster@suttoncumlound.net and our resident website monitor will do his best to accommodate you. All posts go out to our increasing list of email update subscribers as soon as they’re published.

Devolution: have your say on the future of our region A public consultation on devolution proposals ...
View on Facebook